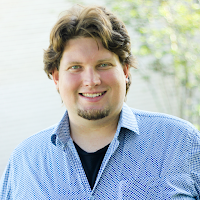 I am an anthropological archaeologist and a graduate student in the anthropology program at University of  Florida. I work as a research assistant for the university's anthropology department and am currently assigned to the Florida Museum of Natural History on The Cataloguing Franciscan Missions of La Florida Project. This project, organized by my adviser, Charles R. Cobb, is based on the protocols established by the Digital Archaeological Archive of Comparative Slavery (DAACS) based at the Thomas Jefferson Foundation. Our finished project will provide free internet access to information on the objects, houses, and church buildings used by Native American and Hispanic peoples in the colony of La Florida. In addition to more traditional forms of archaeological survey, my work includes extensive use of geographic information systems (GIS) technology. I focus my personal research on historical archaeology.

My last research project concerned the archaeology of contemporary homelessness. I began with the prospect that modern homelessness is one of the most pressing social and political problems of our time. Several hundred thousand people experience homelessness in the United States each year, and the US Department of Housing, which attempts to count those people, has admitted that their statistics are conservative estimates at best. A recent archaeological study examining material culture associated with homeless communities in Indianapolis has suggested that those who are considered chronically homeless have generally abandoned wage labor and are instead pursuing urban foraging as a subsistence strategy. Karl Marx wrote that “pauperism” such as this is “a condition of capitalist production and of the capitalist development of wealth.” I therefore asked: how do homeless individuals construct alternative communal forms within capitalist society? In order to better understand the structures of homeless communities, I expanded this archaeological and ethnographic form of inquiry and used it to present evidence of material culture and foraging patterns among the urban homeless near Tampa. Ultimately, this research shows how anthropology can be used to advance a scientific understanding of economic processes and how these affect people. I was awarded the Fathauer Graduate Fieldwork Travel Grant by the anthropology department at University of South FLorida to assist me with this research in 2015. My coursework has included many subjects including theory of applied anthropology, Marx and anthropology, southeastern US archaeology, archaeological theory, archaeological methods, quantitative methods, qualitative research methods, and a special Paleobiology seminar on the "Anthropocene."

I received two bachelor's degrees from University of South Florida: one in anthropology and one in history. I wrote an honors thesis for both the anthropology department and the honors college entitled: "Poverty in Ybor City: The Decreasing Living Standards of Ybor City's Working Class during the Early Twentieth Century." I gathered data on the living spaces of cigar workers living in Ybor City during the first three decades of the twentieth century by georeferencing historic Sanborn fire insurance maps to existing, measurable county parcel information. I was thus able to measure the average square feet occupied by individual family units and how their allotment changed over time. I connected these changes to the history of capitalist development both locally and nationally. I later submitted a manuscript presenting this research to the peer-reviewed journal The Florida Anthropologist, whose editors published it in 2015 under the title "Measuring Historic Living Spaces of Cigar Workers in Ybor City." My coursework included topics such as anthropology of religion, US labor history, Soviet history, European decolonization, theory of history, and anthropological theory.

I received an associate's degree from Hillsborough Community College in Tampa and graduated from the Dr. Lydia Daniel Honors Program. My focus was on history and anthropology with selected topics courses in Irish history, cultural anthropology, witchcraft and popular culture in Early Modern Europe, and British literature. I presented a paper at an honors symposium entitled "Sufism, Hallaj, and the Truth," which examined hidden symbolism within Sufi poetry.

The Cataloguing Franciscan Missions of La Florida Project
Fall 2016 to Spring 2018
This project, organized by Charles R. Cobb, is based on the protocols established by the Digital Archaeological Archive of Comparative Slavery (DAACS) based at the Thomas Jefferson Foundation. Our finished project will provide free internet access to information on the objects, houses, and church buildings used by Native American and Hispanic peoples in the colony of La Florida.

American Association for the Advancement of Science

Matthew P. Rooney on the web 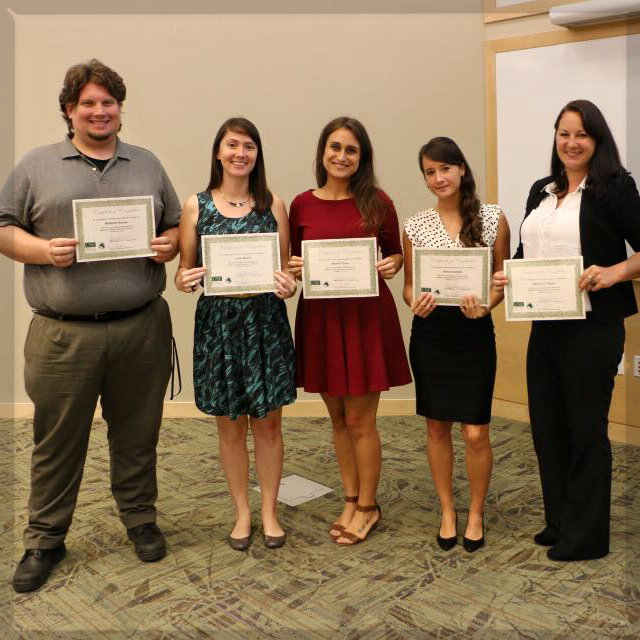 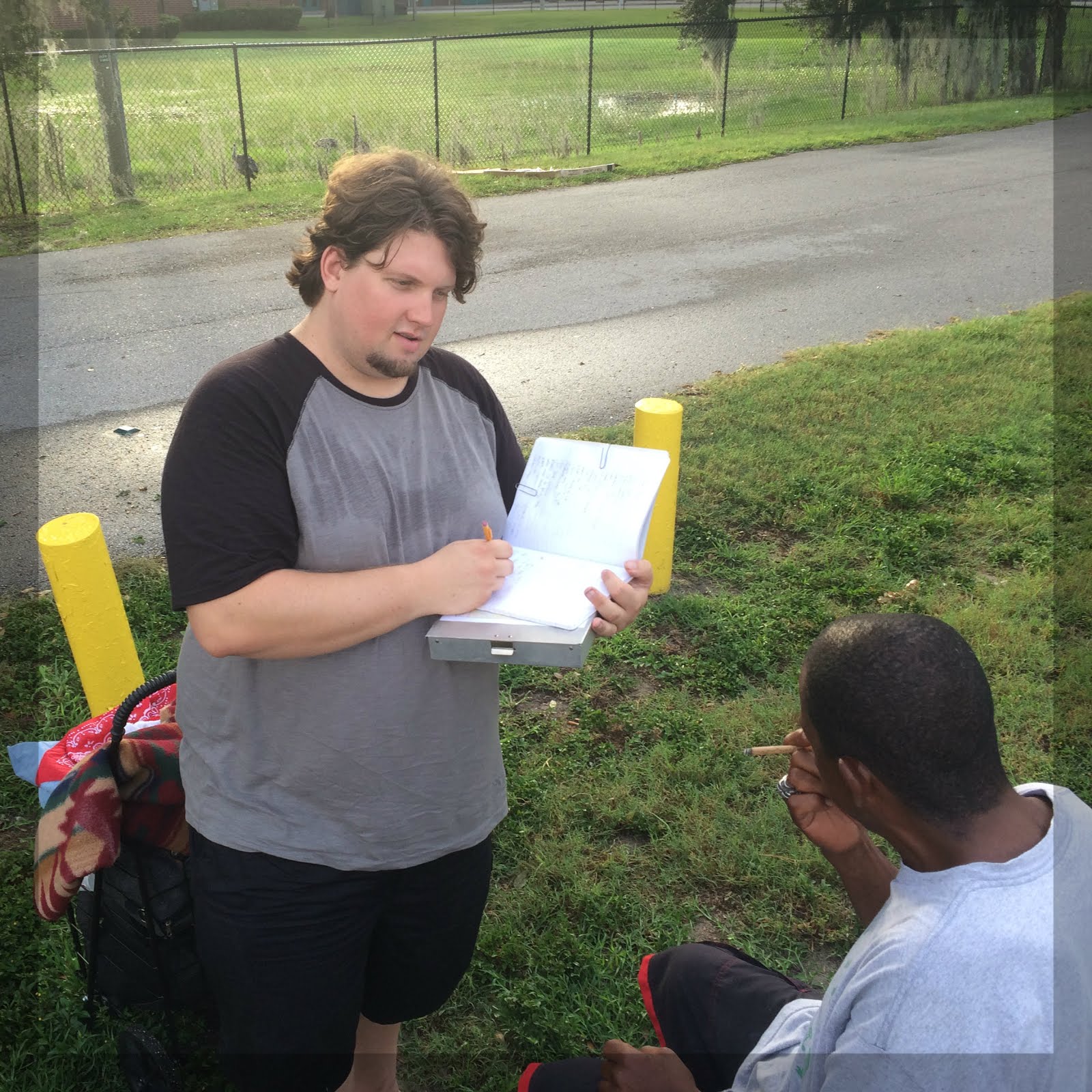 Matthew speaking to a homeless individual about his daily routines 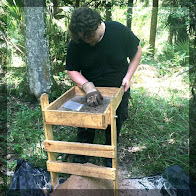 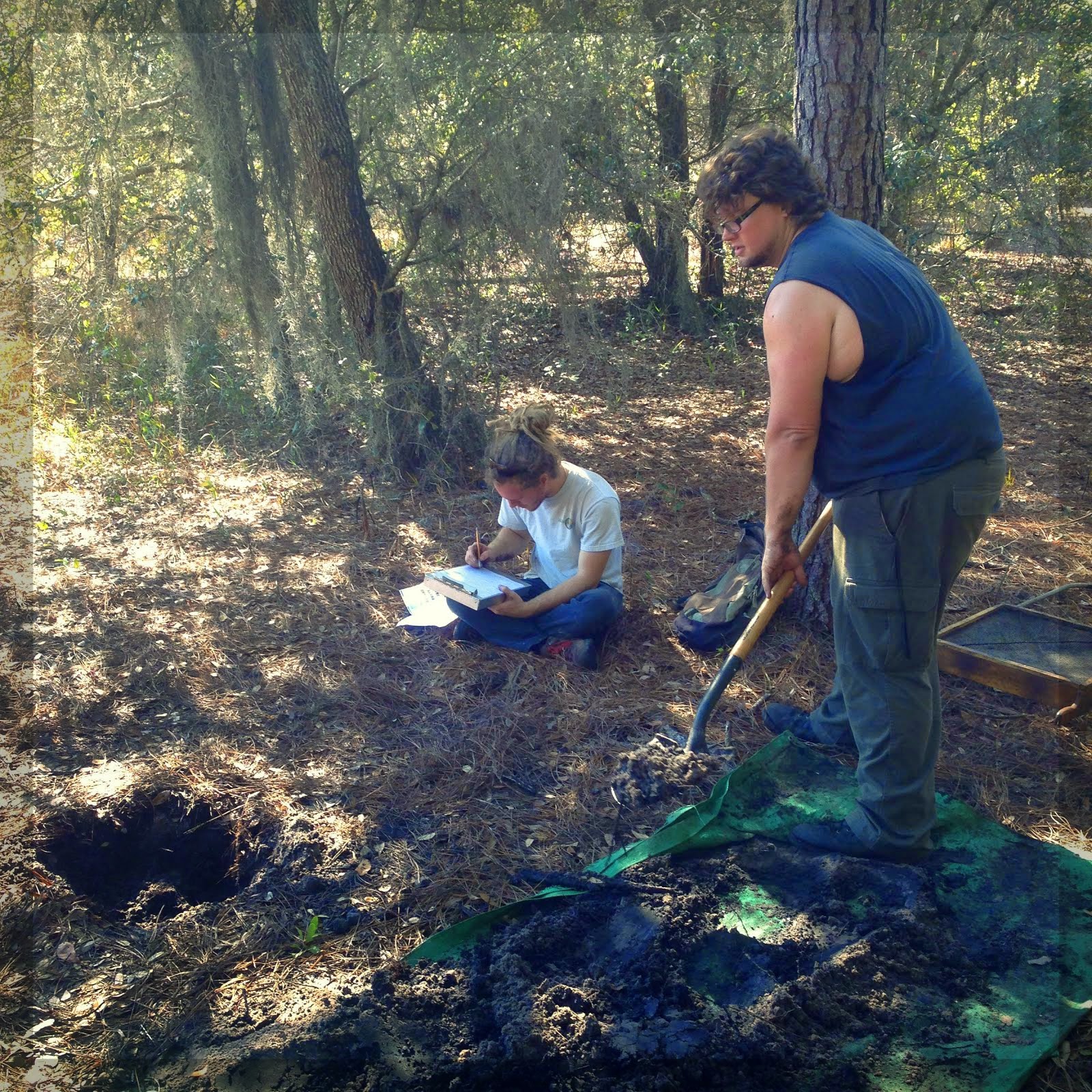 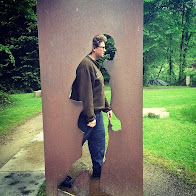 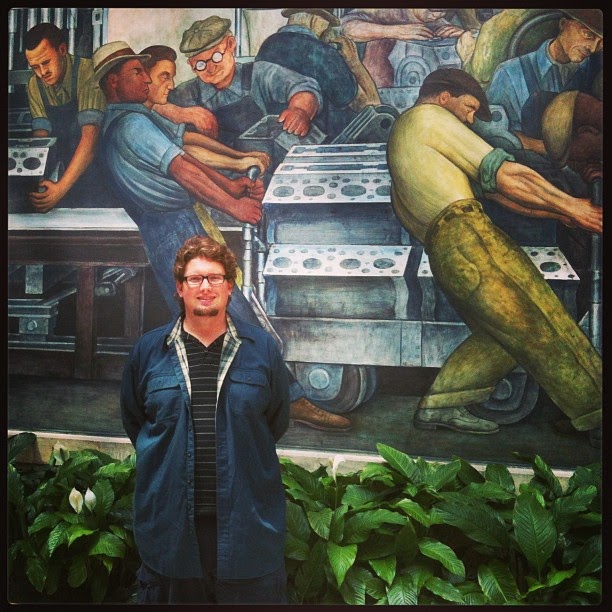 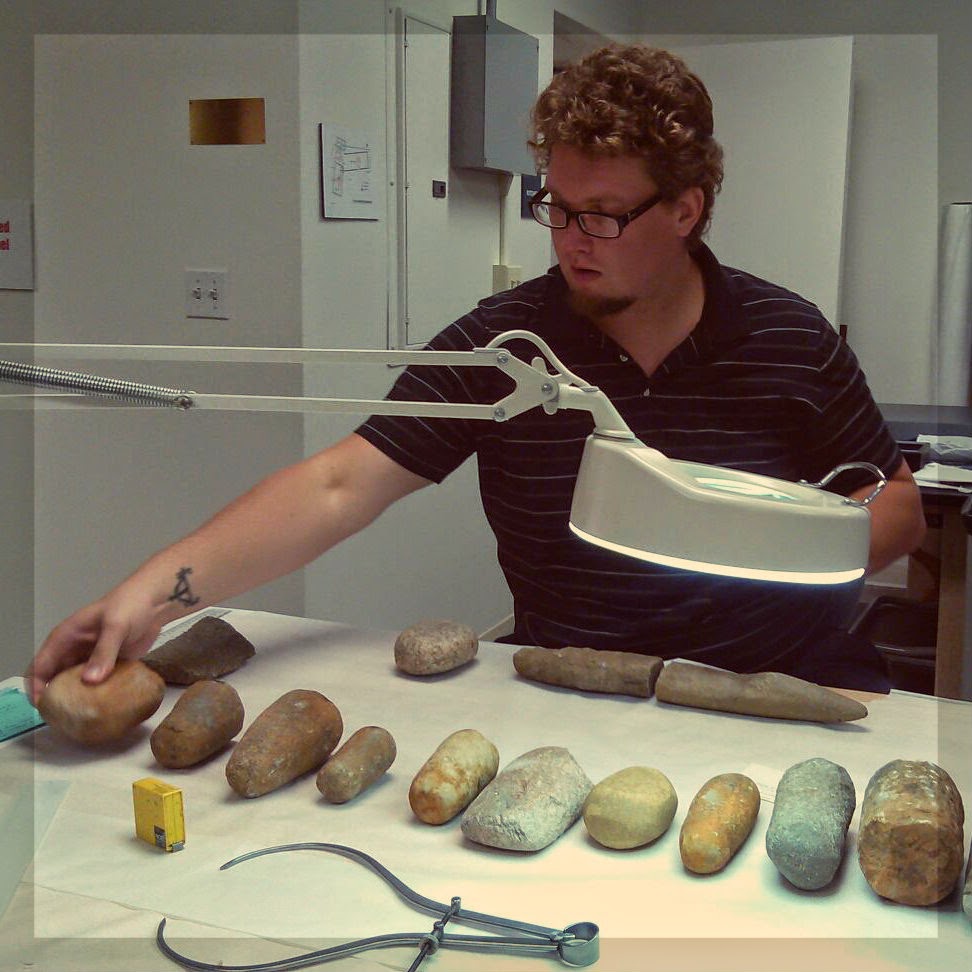 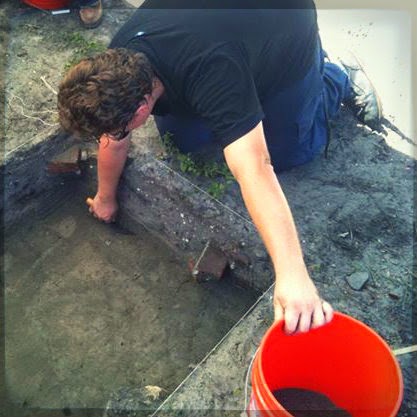 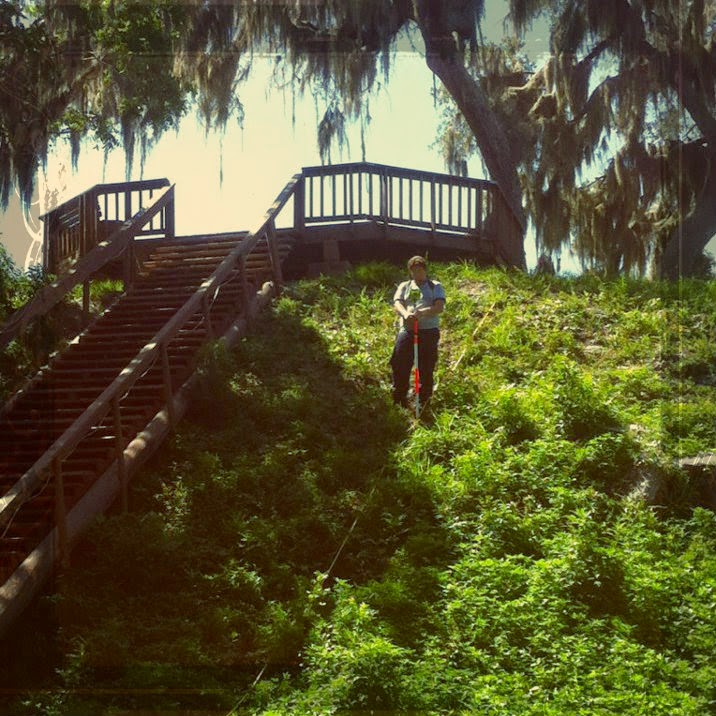 Matthew measuring the slope of Mound A at the Crystal River mound complex in Citrus County, Florida using a total station 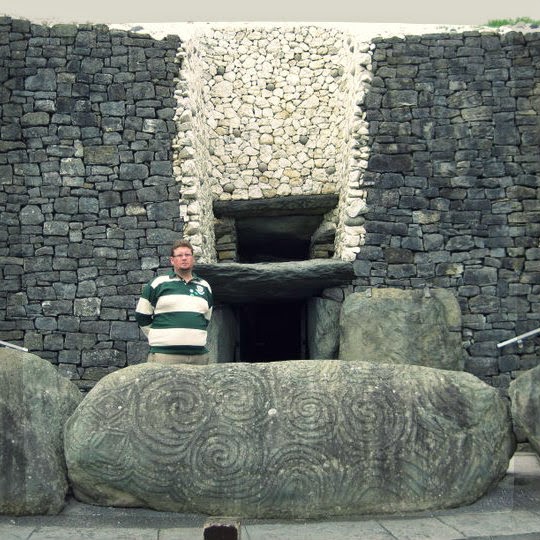 Matthew standing in front of the entrance to Newgrange, a neolithic mound in Ireland